I graduated from the Manchester School of Art with a degree in Illustration in 2012 and from there set out to do what I love – draw!

Originally from the Wirral, I live in the beautiful town of Knutsford and work from a studio at Local Creation in nearby Altrincham.

My main focus is on drawing wildlife; raising awareness about endangered species and the unusual animals you might not normally find in high street shops. I also like to promote caring for your local wildlife and environment, being a proud supporter of the RSPB and League against Cruel Sports.

If you’d be interested in stocking my work, commissioning an illustration or just want to ask me something please in touch by dropping me an e-mail at illustration@lyndseygreen.co.uk 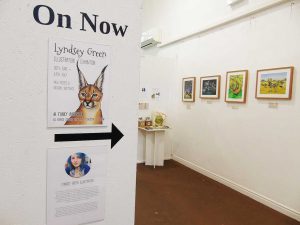